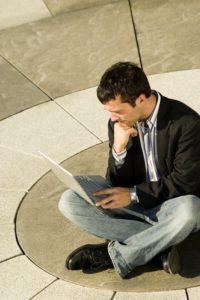 It’s happened to me twice this week. I found myself explaining what intellectual capital is and is not. It’s nothing new. But I decided to go on the record. So here goes….

I am a huge admirer and supporter of the work of the International Integrated Reporting Council (IIRC). It has been a huge influence on my work. And I love that there is a lot of fluidity and creativity in how each company applies the ideas in its own context.

But I have to admit to frustration about the use of the phrase “Intellectual Capital” to describe organizational knowledge in the IIRC Framework.

And I think that the phrase Intellectual Capital will ultimately be a barrier to adoption of integrated reporting. Here’s my thinking:

The accepted definition of intellectual capital used in this academic specialty usually includes:

As you can guess from the conference names and from this structure, the roots of the field are in the desire to understand the growing importance of knowledge in business. The concept endeavors to take a systems view and understand how knowledge flows and collects in systems made up of people, relationships, technology and the many forms of recorded knowledge.

The IIRC definition of Intellectual Capital is really only focusing on the third kind of capital. Why is this a problem?  I believe that ignoring the academic definition makes it hard to take advantage of the extensive work of the IC field which, while it doesn’t have all the answers, has been exploring and researching the application of the concept of “the capitals” since long before the integrated reporting movement began.

Reason #2 –  The phrase creates confusion in the business mainstream

It’s true that some (but far from all) organizational capital has a special legal status as intellectual property (IP) including patents, trademarks, copyrights and trade secrets. But structural capital includes all the knowledge that stays in an organization when the employees go home at night, not just its IP. This includes processes, data and designs, only a fraction of which have a specific status as intellectual property. Yet, these knowledge assets are key to innovation, efficiency and scaling the organization.

So when business people come to the &lt;IR&gt; model thining IP rather than structural capital, they are probably missing a huge part of the story. My fear is that, ultimately, hearing IP instead of IC limits the applicability of the capitals framework in potential users’ minds.

So if companies have an incomplete picture of this kind of capital, it’s hard for them to explain how they create value over time. Since understanding value creation in the short-, medium-, and long-term is one of the core goals of the IIRC, this is problematic.

My favorite example of the importance of structural capital is Federal Express. Over the years, the company has built an enormous body of knowledge, data and processes that support an end-to-end solution whereby they pick up and deliver thousands of packages every day all around the world. Can you imagine discussing Fedex’s ability to create value without talking about this body of knowledge, data and processes? The company holds a small patent portfolio. If you only focus on the intellectual property and not the full structural capital, you’re missing a big part of the story.

Fedex doesn’t file an integrated report. Its annual report has very little mention of its structural capital. But, for that matter, neither do many of the integrated reports being issued today.  This is unfortunate. And could hold back the overall IR movement.

What are the alternatives?

So if we don’t call it intellectual capital, what’s the right name?

The academic phrases aren’t great. So, in my mind, organizational capital and structural capital are out. The OECD has tried using the phrase “knowledge-based capital” but their definition mirrors the expanded definition of IC that includes including human and relationship capitals. Gartner has been using the phrase Infonomics, to recognize the value of information assets. Maybe information capital would work. In their recent Integrated Summary Report, GE talks extensively about their digital assets.

Although GE doesn’t call their digital assets capital, it’s certainly implied in their report. I’ve been wondering whether the phrase “digital capital” would fit the bill. While not all organizational capital is in digital form, it’s safe to say that most of it is. It’s hard to become a shared resource without recording knowledge in some form.  “Digital Capital” is also pretty intuitive. People would understand that digital includes the processes, data, designs, information and systems that are all part of the digital footprint of an organization.

Here’s my take on the ideas behind the movement: