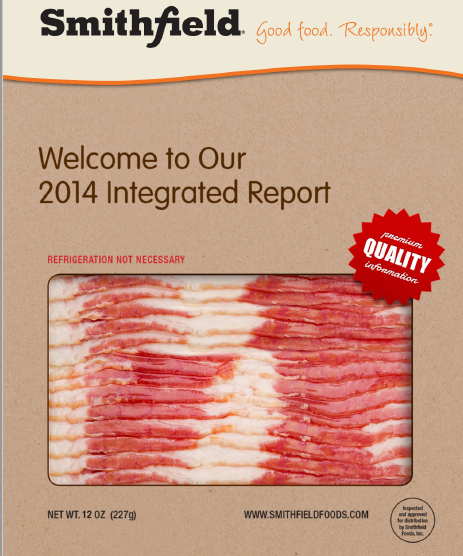 Smithfield is the world’s largest pork processor and hog producer. The company is based in the U.S. but also has operations in Europe and Mexico. I recently took a look at their most recent integrated report.

The company is a wholly-owned subsidiary (since 2013) of Hong Kong-based, privately-held WH Corp, although speculation at the time of the buyout was that the Chinese government was behind the acquisition.

As readers of this blog know, I’ve been reviewing the basic characteristics of integrated reports published by U.S.-based companies in recent weeks. Smithfield Foods has a long history of publishing reports (their web report library goes back to 2000) even though they were and still are privately held–and they have a record of bad behavior in the past.

Practices in U.S. meat industry have come under much-deserved fire in recent years. Smithfield is far from perfect but appears to be making a concerted effort to improve its practices. All this background makes it even more interesting in my eyes to look at the company’s report. The 2015 report is being published in stages. So this review is going to focus on the compahy’s 2014 report.

The report has in-depth sections about animal care, employees, environment, food safety and quality, governance and management, helping communities, international operations and value creation. There is extensive information in each of these sections including prior goals and progress against those goals: 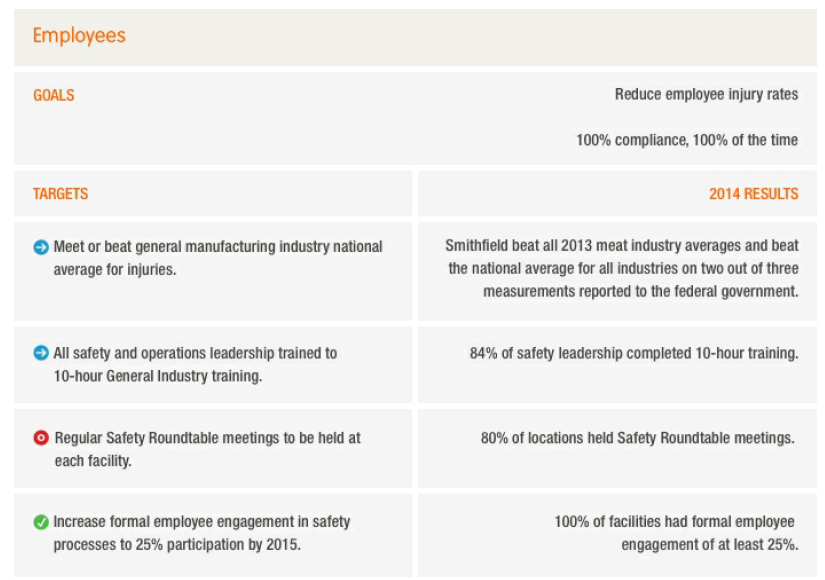 There is also a section with a summary of key performance indicators (here are two of the sections): 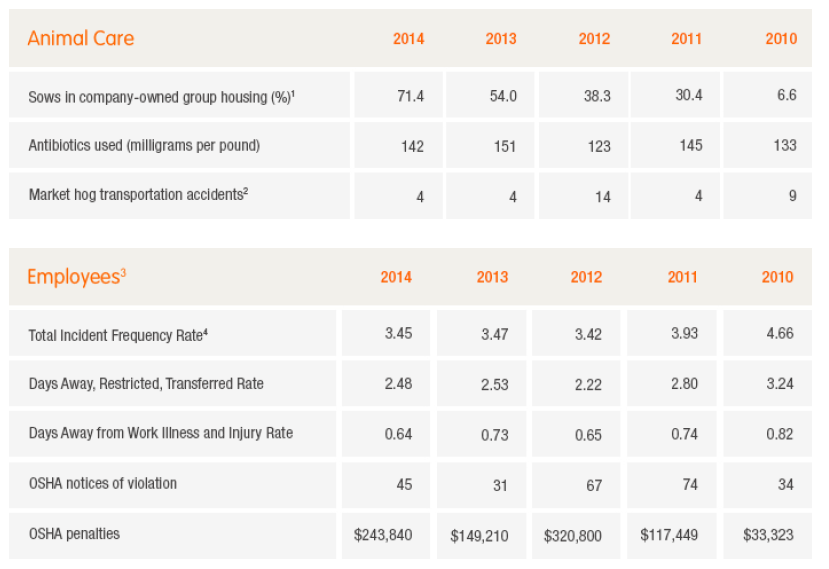 This data ensures that there is ample coverage of the integrated reporting capitals although they are not labelled as such:

The value creation section reviews six ways in which “sustainability programs create value for a wide range of stakeholders while simultaneously improving Smithfield’s own financial performance:” 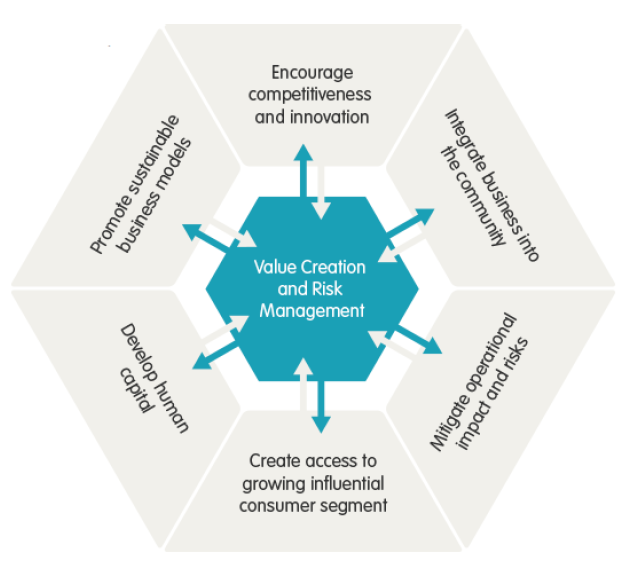 There are also metrics for each of these value creation results:

At the end, they include a summary of the company at a glance and financial highlights. The final section is a checklist that identifies where key IIRC content elements appear.

This is a common approach for other kinds of reporting frameworks but is not always used by integrated reporters.

This is the longest integrated report I’ve seen in the U.S.  The depth of the metrics is impressive, especially considering that this is a private company.  The fact that the company feels the need to issue it tells us a lot about the pressures on all companies for greater transparency.  The integrated framework turns out to be a good way to achieve this in a complete and holistic way by uniting sustainability and intangibles information with financials in a holistic way.