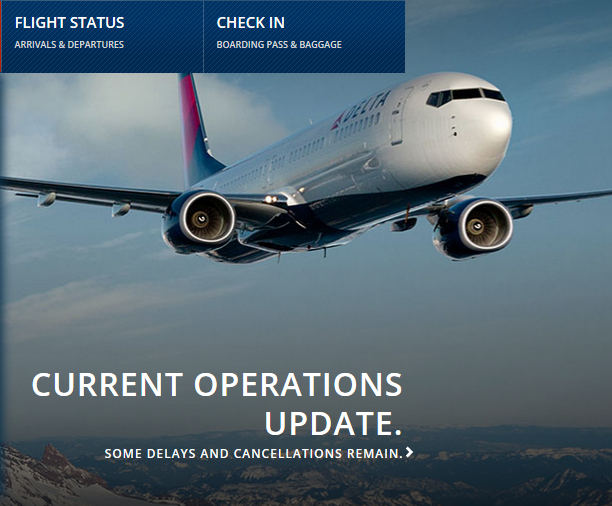 This morning I watched a report on CBS about Delta Airline’s computer issues. As an expert explained that many components of the major airlines’ systems are up to 35 years old, I couldn’t help seeing it as an intangible capital issue.

The Wall St. Journal explained the issues this way:

The meltdown highlights the vulnerability in Delta’s computer system, and raises questions about whether a recent wave of four U.S. airline mergers that created four large carriers controlling 85% of domestic capacity has built companies too large and too reliant on IT systems that date from the 1990s….

These systems—which run everything from flight dispatching to crew scheduling, passenger check-in, airport-departure information displays, ticket sales and frequent-flier programs—gradually have been updated but are still vulnerable, IT experts said.

Computers, software, data, processes and all the services that run on them are the structural element of a company’s intangible capital (if you’re into integrated reporting, you may know it as intellectual capital).  The other two elements of IC are human and relationship capital. Together they form the knowledge infrastructure at the heart of today’s businesses. Every company, whether it is completely virtual or owns thousands of airplanes, is dependent on intangible capital.

The integrated reporting movement combines intangible, tangible and natural capital into a holistic model that is used to manage and communicate about a company’s ability to create value in the short-, medium-, and long-term.  The structural elements related to computing and infrastructure are the least understood of the capitals. But this example shows why they are there.

We all accept as a given that the airlines should be reporting on the age and condition of their fleets of planes. Investors look to see that a company is investing to maintain its equipment. Delta’s 10-K shows $23 billion in property and equipment.

This is not to pick on Delta. It’s not current practice in the U.S. to address any of the structural capital of a company. The strongest presentation I’ve seen recently was GE’s Integrated Summary Report. But GE only talked about its IC, there were virtually no metrics to support the narrative.

If we really want to talk about sustainable value creation in a complete way, it’s time to improve the reporting on all the capitals, including IC. If you’re interesting in understanding more about these ideas, check out our new paper:

Read more about the THE THREE BIG IDEAS BEHIND INTEGRATED REPORTING

Image is a partial screenshot of www.delta.com on August 9, 2016